During the Great Depression, unemployed women across the country could find work in WPA sewing rooms. These sewing rooms produced 382 million articles of clothing for men, women, and children. It was a win-win situation, with jobless women earning money and low-income Americans receiving much-needed clothes. Additionally, many women who worked in the WPA sewing rooms subsequently found jobs in private employment, utilizing the skills they had acquired while in the WPA. Unfortunately, jobless women have no such opportunities today--our plutocratic congressmen and women abandoned them years ago, more interested in campaign contributions from the well-to-do than in helping those in need. As op-ed writer Stephen Seufert writes with respect to unemployed construction workers, our uninspiring, bland policymakers in D.C. have a "void of vision and foresight." But it wasn't always so...

Above: The caption for this photo reads, "All products on the Milwaukee WPA Sewing Project are made from original designs drawn by project artists. Mary Jane Thomas is shown designing a new cotton house dress on this project. The Milwaukee WPA Sewing Project employs 900 women. It has industrial type of machines throughout and the work plan is comparable with that of private industry." Photo courtesy of the National Archives and the New Deal Network. 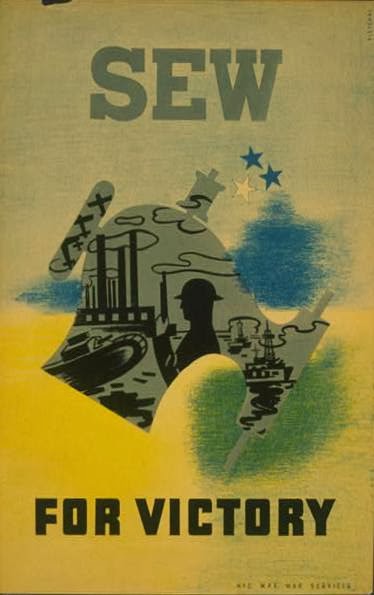 Above: To contribute to the war effort, women in WPA sewing room projects produced or repaired "clothes, including shoes, and tents, blankets, knapsacks, web belting, canteen covers...draperies..." (from the Final Report on the WPA Program, 1935-43). WPA poster image courtesy of the Library of Congress Prints and Photographs Division.

Above: This WPA sewing room project was located at 4940 Eastern Avenue in Baltimore, Maryland, which is now the location of Johns Hopkins Bayview Medical Center. Photo courtesy of the National Archives and the New Deal Network. 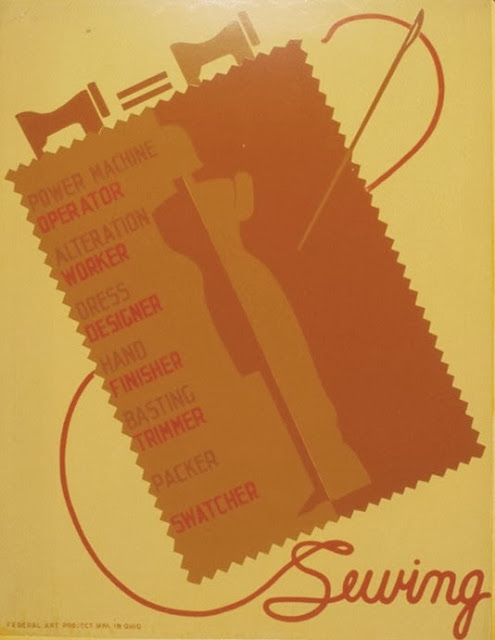 Above: This WPA poster highlights occupations related to sewing. Image courtesy of the Library of Congress Prints and Photographs Division. 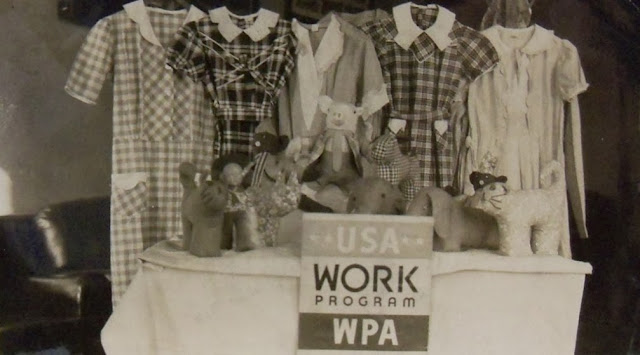 Above: WPA sewing room projects could employ a large number of jobless women, as this project in Denver, Colorado highlights. Photo courtesy of the National Archives and New Deal Network.