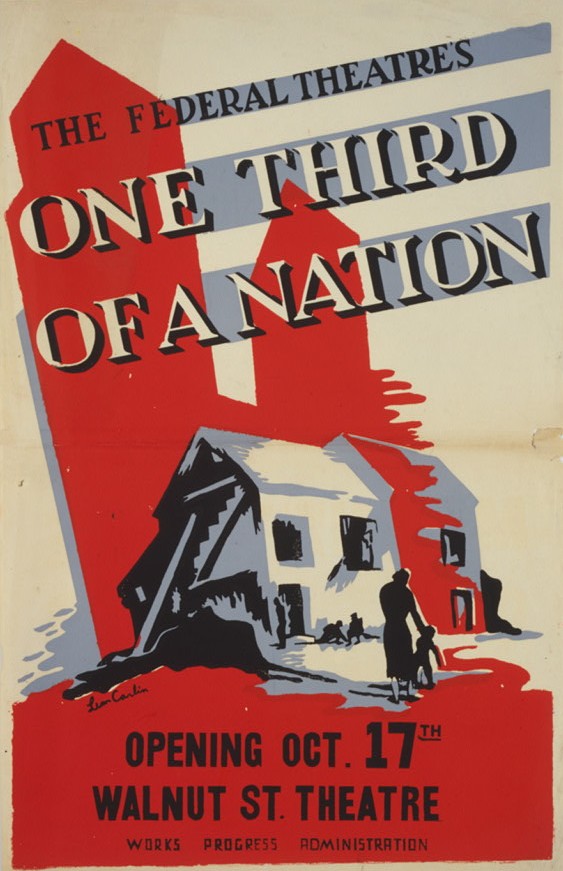 On January 16, 2013, the Huffington Post reported that "Chicago-based human rights advocacy group Heartland Alliance released data from its annual study that suggests 33 percent of Illinoisans are living in poverty or near it..." (see article here).

But actually, after the New Deal was implemented, and after World War II, we started making some progress, yes?  A strong and growing middle-class?  Lots of opportunities?  The American Dream?  What happened?

(Image above is a WPA poster, courtesy of the Library of Congress Prints and Photographs Division)